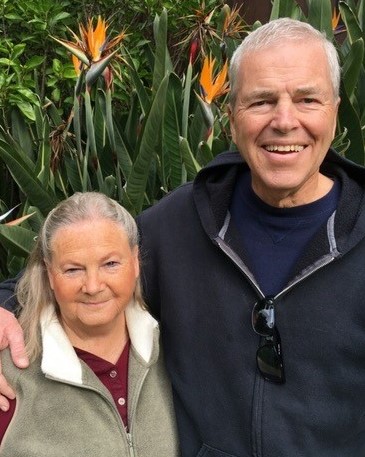 The mid-seventies were pretty dark times for me. My first husband and I had left the reservation because he had assured me that he’d stop drinking if he wasn’t around his drinking buddies. Not only that, he had always wanted twenty acres on a river. So in late 1973 we bought a farmhouse and twenty acres on the Chehalis River just outside PeEll, Washington. In recovery parlance, this is what is known as a geographical cure, and it didn’t work. My husband immediately settled in to the tavern in PeEll and made the same kind of drinking buddies in our new location as he’d had in our old one.

I had no sooner given up my teaching job than I got pregnant with our second child. By the end of 1974, I had two children under the age of three, a full time job selling life insurance, a lush of a husband who worked construction out of town during the week, and a bad case of postpartum depression. Talk about a recipe for disaster, and yet, just when things were at their worst, a beacon of light and hope came into my life.

In 1975 Western Electric closed down a facility in Vancouver and laid off 800 people over a six month period. All of those people had group insurance coverage which, if they wanted to, could be converted into individual policies at standard rates regardless of pre-existing health conditions. My manager in Longview asked if I could go to Vancouver three days a week to meet with those folks. (By the way, selling insurance to people who have just lost their jobs may not be easy, but it can be done. That’s one of the reasons I almost always manage to sell autographed copies of my books to people who show up at book signings and tell me that NEVER read murder mysteries!)

On Sundays I would drive my husband to Centralia to catch the train for Seattle. On Monday it would take me 33 trips to get my stuff for the week, the kids stuff for the week, the high chair, the potty chair, the playpen, and both kids loaded into the car. After dropping them and their stuff off with the baby sitter thirty miles away in Napavine, I would drive first to Longview and check in with my district manager before going on the Vancouver. Once there I would make appointments for Monday evening, Tuesday, and Wednesday, before heading north on Thursday to drop off applications in Longview, buy groceries, pick up the kids and their stuff, and then drive that last 30 miles to back to PeEll where I would unload the car and start doing laundry.

Did I mention my husband drank? Since most of his income was otherwise expended, I was the one left paying the bills and mostly without much help. By the time I finished paying the mortgage, the sitter, and the other bills what was left didn’t go far, and I ended up staying in some pretty dodgy places on my three nights a week on the road One morning while reading the local Vancouver newspaper over breakfast, I saw an article to the effect that the Orchards United Methodist Church had a new minister, the Reverend Mary Ann Swenson and her husband Jeff. There was no rule that I could only sell insurance to unemployed people, so I called Mary Ann and made an appointment. She was a lovely person, with a ready smile and an inner glow about her, but when it came to insurance, she wasn’t buying. At the end of the appointment, however, I asked her if there was anyone in her congregation who would be willing to take in a boarder three nights a week. I’ll never forget what she answered without a pause. “Well, you could always stay with Jeff and me.”

And I did just that —for three nights a week, for the next six months. I slept on the hardwood floor in their guest room, not because they were mean to me but because they were just starting out and didn’t have any furniture. Did I mention I was dealing with postpartum depression. I would often be driving to evening appointments just as other people were sitting down to evening meals with their families. I shed lots of tears on those solitary drives and would have to stop and repair my makeup before I went inside for an appointment.

But when I came home to Jeff and Mary Ann’s place each night, it was like falling into welcoming pool of normal life. We would sit together in their living room watching Johnny Carson or M *A*S*H. We talked. I worked on a piece of needle work, a needle point copy of an old and much beloved Lion and Lamb Christmas card, and the only piece of needlepoint I ever did. Over time, I learned their story. Jeff had supported Mary Ann while she was in seminary, and now he was the minister’s spouse, doing all those things that need to be done in the background, including cooking, cleaning, laundry, and car maintenance, as well as teaching Sunday school and singing in the choir. The way I remember them, she was petite and soft-spoken. He was tall, cheerful, and unfailingly pleasant. Physically he resembled Ant Anstead on Motor Trend’s Wheeler Dealers.

My big takeaway from staying with them through that tough time was witnessing first hand how a real marriage worked and how far out of kilter my own life had become. By the end of that six months, I had regained enough of my strength to gather up the kids and go home to Arizona. I left with every intention of getting a divorce, a process that took another five years. My geographical cure didn’t work initially, either, since my husband packed up and followed. It took another five years for me to sever that tie. But my days with Jeff and Mary Ann gave me the strength to start the painful process.

After moving several times in the next few years, I lost track of Jeff and Mary Ann because while I was moving around, so were they—first to Wenatchee. Then after being elected bishop, she served in that capacity first in Denver, Colorado, and later in Pasadena, California. When I went to write the Joanna Brady books, I created the characters of Joanna’s best friend, Marianne Maculyea, and her husband, Jeff Daniels, in honor of the real Mary Ann and Jeff and as a way of saying thank you to them for their loving care in my time of need. One of my fans in Wenatchee noticed the resemblance to their then current pastor and suddenly, just like that, Jeff and Mary Ann came back into my life.

Although I’ve never been a Methodist, Mary Ann has been my pastor from then to now. She flew to Tucson and did a wonderful Renewal Of Vows ceremony for Jeanne T. and Jon on the occasion of their fifth wedding anniversary. She visited with Jon in both his hospital rooms at U. Dub Hospital and later at his room in hospice. She also flew to Seattle to speak at his funeral. She did Bill’s and my renewal of vows for our twenty-fifth anniversary. She’s always been there for us and for our family, and although Jeff didn’t always travel with her, his loving care and support in the background made her many travels possible.

But now Mary Ann, the one who has always been there to comfort others, is in need of comforting herself, because half of the light that glowed through the darkness to rescue me has now gone out. Jeffery Joe Swenson, who grew up in Elma, Washington, passed away on August 22, 2021 in Pasadena, California. Mary Ann’s cherished partner in ministry is no longer walking at her side or guiding the handlebars of their beloved tandem bicycle. At the beginning of this piece I referred to them as a beacon of light and hope, and I mean that. They were all that and more, working together and lighting the way for others through 53 years of marriage.

She is feeling lost and alone right now, but I know that by writing this small remembrance of the two of them, she will be in the thoughts and prayers of my many readers.

Believe me, every prayer counts.