It’s Wednesday afternoon, the day AFTER National Book Lovers Day, so I’d like to start by telling you a story.

Once upon a time a little blonde-haired girl, living in a small mining town in the West, decided she wanted to be a writer when she grew up. Getting there wasn’t easy. There were plenty of bumps and hurdles along the way, but she finally got there. The life she lives now seems like a dream to someone who grew up wearing her older sisters’ hand-me-down clothes. It’s as though some fairy godmother waved a wand over her head and made her every dream come true. 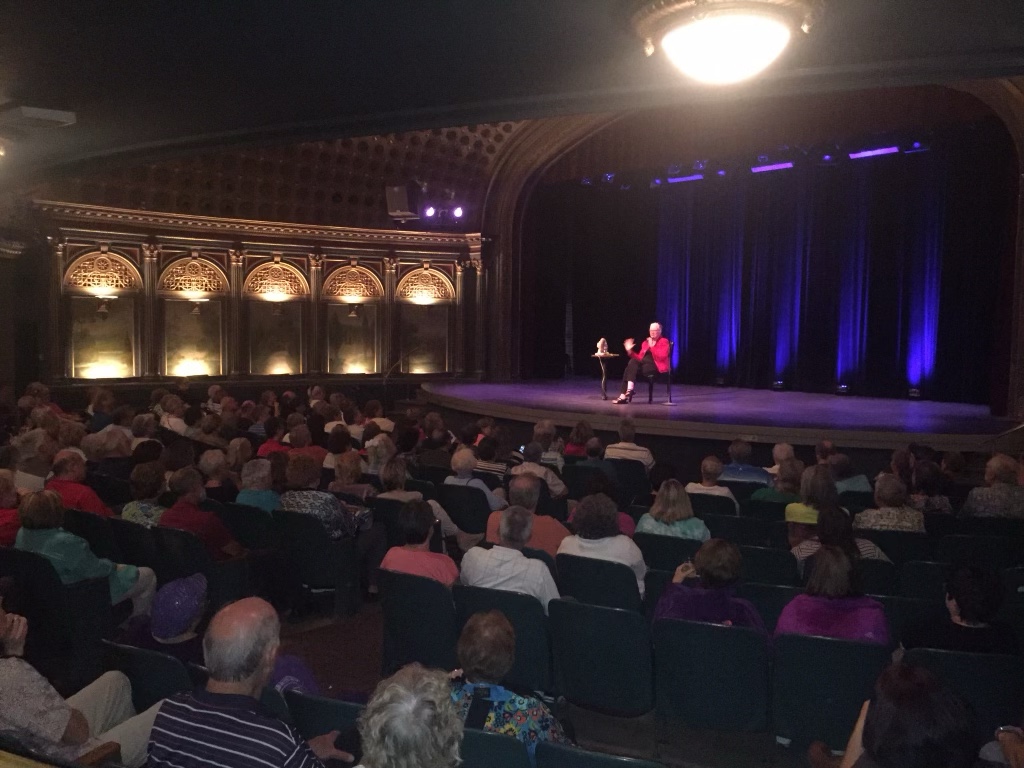 The little red spot far in the background of the picture? That’s that same little girl all grown up. Her hair’s no longer blonde. It’s pretty much silver now, and she’s not little anymore, either. But these days she’s a writer and has been for more than forty years.

Now take a look at the folks in the foreground. Obviously this picture was taken back in the good-old-days when there were still such things as book signing events. Those people, sitting there in an audience, listening to that now grown-up little girl, are the ones who have made all the difference in her life. Whether they read hardbacks or paperbacks; whether they read e-books or listen to audio books—they are all BOOK LOVERS, and I maintain they’re the most important people in the room. They’re the ones who vote either with the cash in their pockets or by exercising their library cards. They’re the real fairy godmothers in my story, because they’re the ones who make it happen.

So, although it may be a day or so late, this is my heartfelt thank you note to all my loyal readers out there. If it weren’t for you, I might still be out there selling life insurance.

And now, one of my old friends, J.P. Beaumont, would like to have a word. “Hey, you guys, the paperback version of J.A. Jance’s latest book about me, Nothing to Lose, goes on sale on August 23. If you’re living through a hot and humid summer wherever you are, you might enjoy riding along on my latest adventure as I head north to Alaska. (No I am not going to go on with the rest of the lyrics to that song.)

“Along the way, you’ll meet one of my newest friends, a character named Twinkle Winkleman. Let’s just say I was a little taken aback when I first met Twink, but she’s the kind of gal wo grows on you, and it turns out she’s also someone you can count on in a pinch.

“So yes, the paperback edition of my latest book is coming soon. And, for you hardback devotees, J.A.’s next new one of those—an Ali Reynolds book named Collateral Damage is due out in March of next year.

“JA has been writing books about me for a very long time, and I hope she keeps it up, because I’m pretty sure the end of her would mean the end of me. I may be getting up there, folks, but I’m a long way from calling it quits.”

54 thoughts on “A Paperback Announcement for Book Lovers Everywhere”