All Dressed up For Christmas

In 1963, I had been dating my then-boyfriend for a little over a year when he invited me home to Las Vegas to spend Christmas with his family. My mother, realizing I would be missing our family’s Christmas celebration, reached into her apron pocket (Yes, Evie wore aprons!) and pulled out an old Scandinavian custom—Lil Jul Aften, aka Little Christmas Eve.

According to her Lil Jul Aften was celebrated the Sunday before Christmas. It included a ham dinner with all the fixings—scalloped potatoes, sweet potatoes with tiny marshmallows, and, of course, that Scandinavian staple—Lefse! (If you’re not familiar with Lefse, think of a flour tortilla made with mashed potato dough and lots of regular flour, too.)

Traditionally, one present is opened on Lil Jul Aften. The others have to wait until Christmas Day. The reality has turned out to be that anyone who can’t be present on Christmas Day gets to open his or her gifts the Sunday before. Our first Lil Jul Aften was celebrated that year, and off I went to Vegas. It wasn’t until the next year that I learned my future husband had to be home with his mother at Christmas Day NO EXCEPTIONS!

So Lil Jul Aften became my Christmas with my family. One year while I was teaching in Tucson we had a family enclave there with two side-by-side, inexpensive rentals in the barrio that were occupied by my husband and me, my younger brother, Arlan, and his roommate, Whitey, along with my sister, her husband, and their two kids. We shared rent and grocery expenses as well as cooking and clean up chores. After four years of living at Pima Hall, sharing tasks like that made perfect sense. That year, on the day scheduled for Lil Jul Aften, there was a serious snowstorm, and the roads between Tucson and Bisbee were closed. Our father had been in Tucson for a meeting, so he was there, but the rest of the family couldn’t make it. We had prepared plenty of food, so we ended up inviting friends and neighbors to come help eat it.

While living in Phoenix and carrying on the tradition, I kept my daughter—a second grader—home from school one day to help make that year’s Lefse. It tasted fine, but boy was it ugly! When the cleaning lady came the next day and saw the layer of white dust covering the red tile floor throughout the house, she looked around and said, “What happened? Was there an explosion?” That year I was short on counter space, so the buffet was laid out partially in the kitchen and partially in the laundry room, but it was Lil Jul Aften, and it still worked.

Once my first husband and I divorced, Lil Jul Aften became Christmas with my kids before they flew off to Vegas to be with their father and Mary Grandma. The first Christmas after Bill and I married, Lil Jul Aften was canceled completely because on that particular Sunday we were off on our three-day honeymoon, but it’s been a staple of our family holiday season in the thirty-five years since. As we’ve added in spouses, grandkids, ex-spouses, in-laws, out-laws, and now great grandkids, my mother’s wisdom has benefited us all. People can come to Lil Jul Aften and then be wherever they need or want to be for Christmas Eve and Christmas Day. And added benefit is that on the Sunday before Christmas, if you happen to run out of something, the stores are all OPEN! Not only that, once Lil Jul Aften is over, my holiday responsibilities are done.

This year, of course, things are entirely different. Our house is decorated as in—all dressed up with nowhere to go. This week, when we should be making preparations for the holiday onslaught, we’re not, and I confess I’m a bit blue about that. Let’s just say more than a bit! 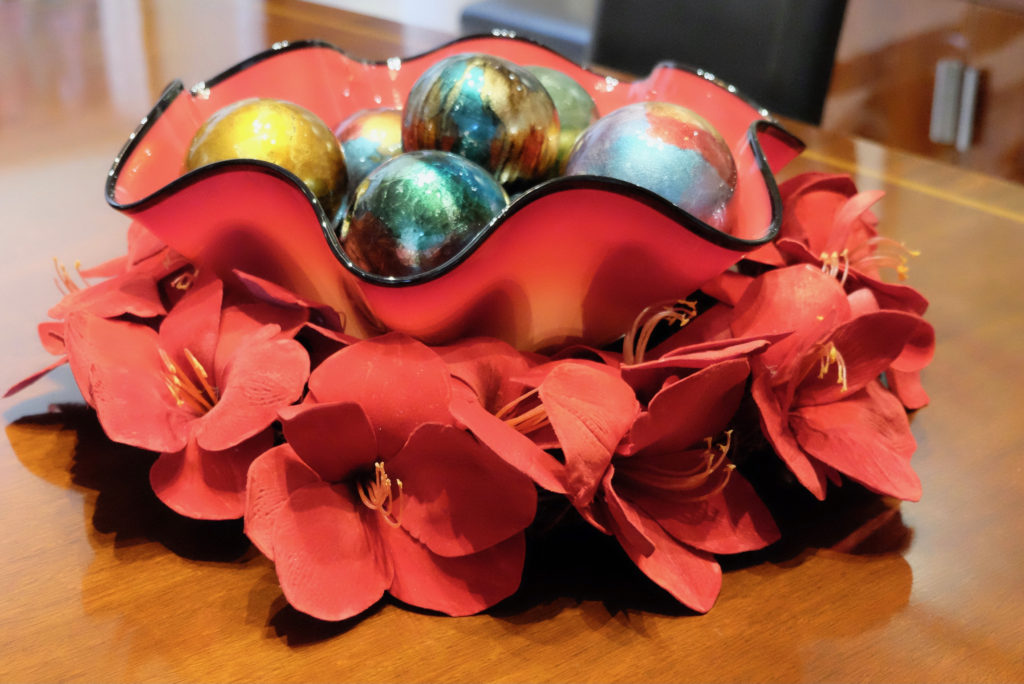 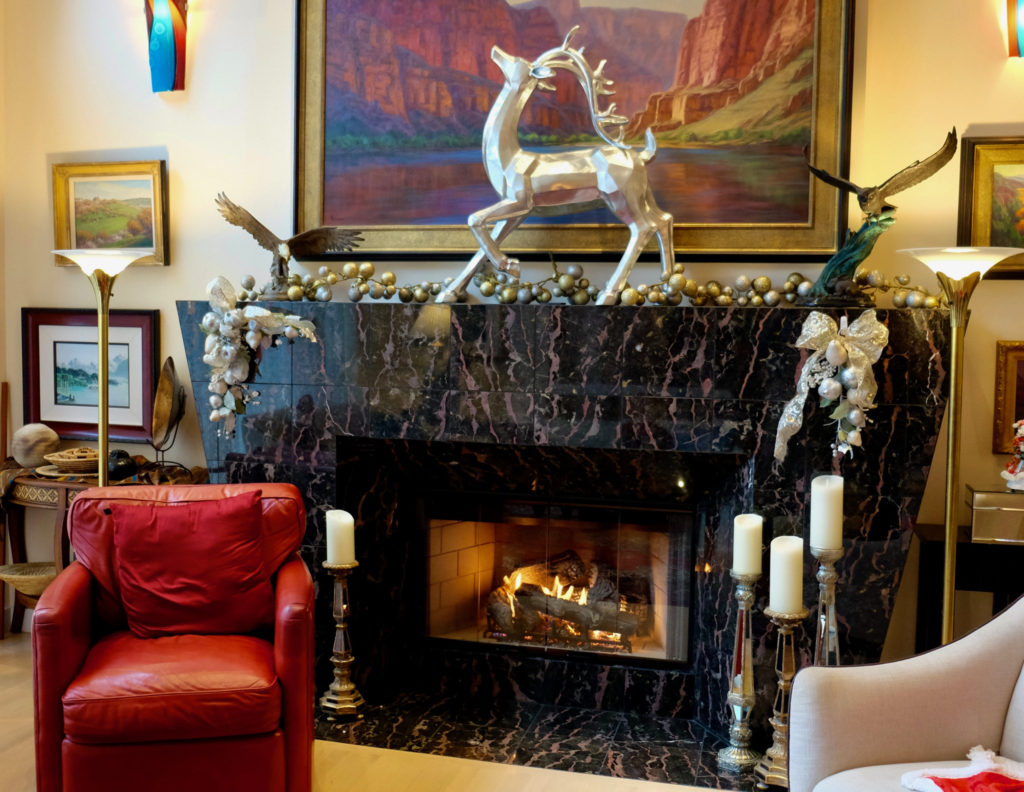 But then, when I was grumbling about that to my daughter she reminded me. “Hey, remember the windstorm Lil Jul Aften when we celebrated by candlelight? And what about the year of the snowstorm when no one could make it up the hill to your house? That year we had Lil Jul Aften on New Year’s Day.” In other words—shape up! At times I believe Evie’s common-sense wisdom may have skipped a generation.

Jeanne T.’s pep talk was just what the doctor ordered for me to make an attitude adjustment. So this year, I’m officially moving Lil Jul Aften to next summer. We’ll celebrate Christmas in July the way they do in South Africa—in shorts and flip-flops with steaks on the grill.

After all, as I learned long ago, Lil Jul Aften really is a moveable feast, and I’m going to sit back and enjoy it.

As I send this Lil Jul Aften greeting to all my readers, I’m wishing you all a Merry Christmas and Happy Holidays a little earlier than usual so you, too, can have time to create your own moveable feast because, as per usual, Evie was right. 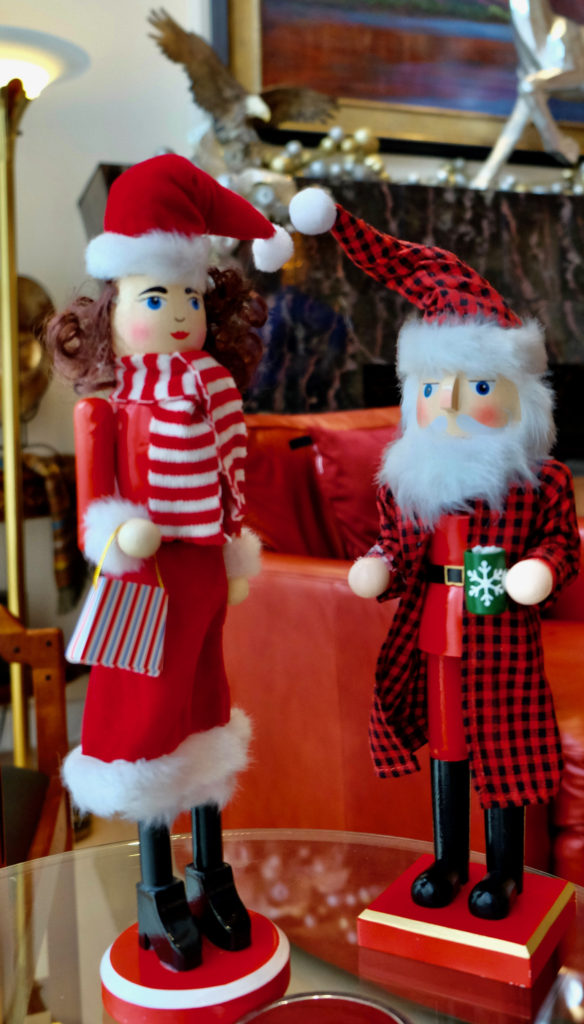 42 thoughts on “A Moveable Feast”